You sit at the kitchen table and read your horoscope like every morning. " It's amazing how well that fits me again! ", you think in amazement.

The fortune teller at the fair last week was able to recognize your "true self" immediately and gave you a great assessment. Is this magic or a miracle?

Neither nor. Unfortunately. We just succumbed to the Barnum Effect.

The Barnum Effect is a psychological effect. We believe that what we read and are told applies to us. The statements that we believe are intentionally generalized in such a way that we can identify with them - no matter what the situation.

Phineas Taylor Barnum (1810 - 1891) was a politician and circus founder. In New York he directed the large curiosity museum Barnum's American Museum , which was a mixture of zoo, wax museum, museum and theater. Barnum's aim was to offer something for everyone and "every taste". This goal was the reason why psychologist Paul Everett Meehl named the psychological effect after Barnum.

The Barnum effect is also known to some as the Forer effect. Bertram R. Forer was also a psychologist and had his students carry out a personality test for research purposes in 1948. He then gave them the evaluation and the students were asked to rate the extent to which this evaluation applied to them on a scale from 1 (inadequate) to 5 (perfect). Overall, these evaluations received an average of 4 points. His students therefore found their respective evaluation to be very accurate.

The highlight of this research: Forer had not evaluated the personality tests of his students. Instead, he had given Allen the same pre-written description as an evaluation. This characterization was so general that everyone found themselves in it in some way.

The so-called Barnum statements are statements that are kept so general and vague that everyone can identify with them. We find them, among other things, in newspaper horoscopes, in fortune tellers or in cold reading ( a trick technique used by clairvoyants and mentalists to casually and unobtrusively get relevant information from a person).

The Barnum statements are designed with the following aids, for example:

We like to be influenced and the more general the statements are, the easier it is for us to believe them. However, it does us no harm if we adopt a healthy skepticism and reserve towards certain statements and encounters.

Knowledge of the Barnum effect will certainly help us in the future.

Your donation helps us to run and develop this blog!

With this procedure you keep the overview and concentrate on the essentials!

Are you still procrastinating or are you already alive? With these 10 tips you won't put off a task in front of you anymore! 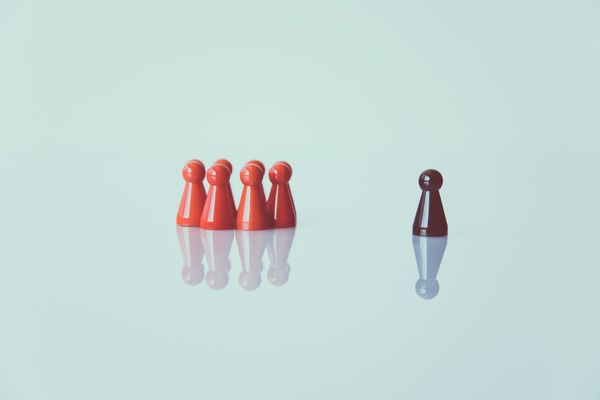 Everyone leads differently. What is your management style?